Apple has Siri. Amazon has Alexa. Microsoft has Cortana. If only some tech company could hire Beyoncé …

What Siri, Alexa, Cortana, and the voice of Google’s Assistant (plus our mythical, we’d-be-talking-to-our-phones-all-day Beyoncé) have in common? They talk to users with a natural female voice. Their words seem unforced and anything but automated. Most importantly, Siri and Alexa speak comfortingly and reassuringly, even when they indirectly say that they don’t know what the hell you are asking them.

Because they are just voices and not visual, Alexa and Siri have only one way to communicate with users. How their voices come across is therefore critical, and studies have shown that women’s voices are more effective. There’s a reason Alexa and Siri aren’t Alex and Steve—people are more likely to listen.

This reality isn’t just with smart devices, but also with voicemails. You get a message from a male voice or something that is too canned, and you may delete it immediately. A message from a female voice, however, might be listened to—and for REI professionals, that’s the small opening you need to begin a relationship with a potential seller. Here is a closer look at the benefits of using a women’s voice with ringless voicemail:

Ringless, in a Nutshell

Ringless voicemail (a.k.a. voicemail drop) is a simple yet powerful tool for REI pros. With this technology, software automatically delivers a prerecorded message to prospects’ voicemail boxes, without ever ringing their phones. This is often preferable because people may ignore or reject a call when they don’t recognize the number. However, if the call goes straight to voicemail, recipients must listen to at least some of it in order to just get it off their notification bar. They may also be less inclined to immediately delete the message, whereas a live call might induce a rage-filled hang-up. Ringless voicemail saves real estate investors and wholesalers time and produces better results—but only if the message you leave hits the mark. And if the message is from a Y chromosome, you could be losing whatever advantage you were hoping to gain with the voicemail drop.

Do the Ladies Run This Mutha*%&!

Research over the years has confirmed that both genders respond more favorably to a female voice over a male voice. For example, a 2010 Harris poll found that 46 percent of people find a woman’s voice more soothing, with another 46 percent saying gender makes no difference and just 8 percent finding a man’s voice more soothing. Also, a study by Scottish researcher Philip McAleer, as reported by NPR, discovered that females, simply by the pitch in their voices, sound more trustworthy. A woman on a voicemail message can come across as reassuring, especially for female recipients who might be suspicious of a man on a voicemail asking about selling their home. For men getting that voicemail—and this may sound sexist, but it still rings a bit true (which is why we were only half-joking about Beyoncé)—there’s also a sense of, “Hurray, I got a random call from a woman.” That’s an advantage you shouldn’t hesitate to use when trying to outmaneuver other investors.

The previously mentioned Harris Poll found that 48 percent of people think male voices are more forceful, as opposed to 2 percent for women (the rest of respondents had no opinion either way). That works well in some authoritative contexts, but at other times, the male voice—even unintentionally—can feel condescending, belittling, and irritating. Without any visual cues to accompany a voicemail, that male voice may come off as intimidating to women and give a “Who are you to tell me my business?” vibe to men. Consider political robocalls with male voices; even if you agree with the candidate, you still may want to shout, “Shut the f--- up!” into the phone. With REI voicemail drops, you can’t afford to have such a bad first impression simply because the male voice on the message, no matter how polite or well-spoken, disengages the recipient.

Unlike robocalls and junk calls offering you a free vacation to Florida, REI calls carry more gravity. You are contacting people in difficult situations with the hopes they will sell you their home. You get only one chance at a first impression, so the messaging must be just right. With a female’s voice delivering the message, it comes across warmer and more reassuring, thus putting recipients at ease and making them more willing to hear you out (and, hopefully, call back).

Both the research and the anecdotal evidence is clear on this strategy. If you are a female REI professional, speak confidently and soothingly when recording ringless voicemails. If you are male, you may want to enlist the help of a female associate to record drops. And if you do somehow get Beyoncé to record your REI calls, be sure to add us to your recipient list!

The hard-hitting tips, tricks and strategies you need to increase revenue and close more deals. Sign up for our weekly digest. 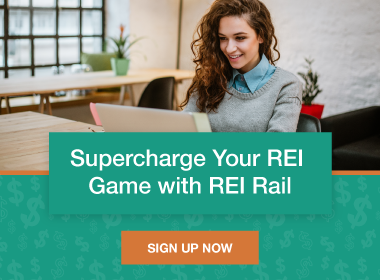 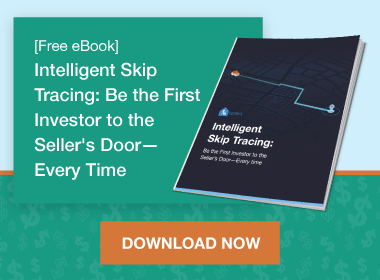